The goal of the BMBF project »DiSSproSiP« was the automation and individualization of industrial production systems in the form of a wireless, intelligent sensor system. For this purpose, a product should be able to control its own production process with the help of an RFID-based sensor platform. Therefore, a sensor module and a read/write station were developed in the project. The read/write station can be installed at any position in the plant and connected via an industrial bus such as OPC-UA or Profinet. Production and sensor data are then transferred from the sensor module to the system via the read/write station. Together with project partners, Fraunhofer ENAS has developed a proprietary protocol for RFID transmission. With the system developed in the project, production plants can be set up decentrally, since they can adapt the local production step depending on the sensor data and production history stored on the product itself, without having to obtain data from a central institution. In order to supply the RFID module, a wirelesse power transmission channel was added to data communication chanell. Special requirements were the environmental conditions, such as little available space and metal in the vicinity of the transmission antennas. The project was successfully completed by implementing prototypes of the developed hardware in three different scenarios. In one scenario, the developed technology was already tested during ongoing operation of a large washing machine manufacturer. 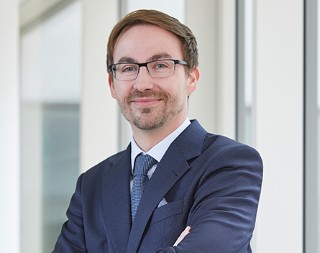