A miniaturized, modular spectrometer system that combines a large number of individual optical and micromechanical components on a silicon chip and thus opens up spectroscopic technologies for mass applications is being developed in the two projects ESAIRQ and PHiPMEMs. The projects are each looking at different individual components, which can be combined at chip level to form diverse spectrometer systems. This has the advantage that the complexity of the system only affects the design, but not the technology sequence. Fabrication in a near-surface microtechnology allows guidance and modulation of infrared radiation at the chip level. Thus, a high degree of miniaturization and complexity of the overall system is achievable.

In the ESAIRQ project, infrared radiation sources, Fabry Pérot filters and optical grating couplers are being developed. The PHiPMEMs project focuses on digital MEMS actuators for the variation of optical properties, such as filter wavelengths, and on integrated cavity resonators.

To characterize the spectrometer components on the chip, a new measurement setup was built, consisting of a wafer probe station with controllable fiber holders to couple the optical structures on the wafer and a Fourier transform infrared spectrometer connected to the optical fibers for spectral analysis.

The development of a miniaturized, low-cost spectrometer enables the use of spectroscopic technology in many areas of daily life, such as analyzing food with a smartphone or monitoring air quality in buildings or in road traffic. 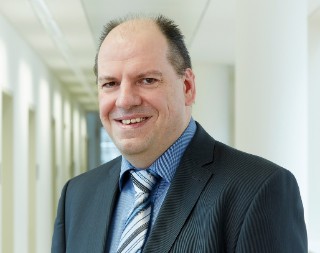