In 2020, the outbreak of Covid-19 made an unforeseen economic and social impact. Rapid testing was quickly identified as a major tool for the monitoring and control of the spread of the virus. Nevertheless, the partially poor performance of first antibody tests also showed the necessity for not only fast but also high-quality rapid tests. Besides fast antibody tests, for the detection of the immune response of the patient, also fast DNA tests for confirmation of acute infections are necessary.

Fraunhofer responded to this demand with the establishment of strategic internal cooperation projects. In the project CovMoTe five Fraunhofer institutes joined forces in order to establish rapid testing based on a novel isothermal amplification method.

Although PCR is still the gold standard for DNA testing, isothermal amplification of pathogen DNA has been chosen due to it`s much easier and robust process which is favorable for point of care testing. Fraunhofer ENAS is developing the microfluidic platform in order to establish the new method in a small analytical cartridge. The microfluidic cartridge includes integrated micro pumps based on a patented technology as well reagent storage, valves and heating elements for the isothermal amplification. The amplified pathogen DNA is detected by an electrochemical biosensor developed by Fraunhofer ISIT.

In addition to the molecular diagnostic detection the test platform was also designed to perform qualitative antibody analysis. The level of antibodies in the blood is seen as an important indicator for recovery from infections and to a level of resistance.

Video with the CovMoTe system 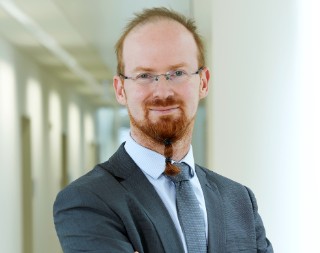