North-finders based on gyroscopes are commonly used because of their robustness against local Earth magnetic field distortion and independence of electromagnetic transmission. The high resolution and precision needed for this task is currently only achieved by optical gyroscopes or hemispherical resonator gyroscopes. To show that much less expensive and smaller state-of-the-art MEMS gyroscopes are capable of being used in such a device, Fraunhofer ENAS designed an easy-to-use, compact, transportable, standalone north-finder based on one MEMS gyroscope. The in-house developed, fully integrated tuning fork MEMS gyroscope offers low enough noise and drift to determine north heading down to 1 degree of deviation in less than 10 minutes at a latitude of 50.8 degrees (Chemnitz, Germany) without additional signal conversion electronics. This is possible because of the constantly improved full-silicon BDRIE-technology and specific MEMS-ASIC-co-design as further developed in the KoliBriS-project. Moreover, the implemented Maytagging algorithm allows the use of inexpensive consumer electronics, for example a standard stepper motor and STM microcontrollers. The measurement routine is fully controlled by the microcontroller, which also collects the angular rate data and determines the north direction by phase fitting. The power consumption stays below 4 W for the complete measurement cycle. After finishing the routine, the Gyrocompass points in the determined north direction. This can be used for example to align equipment in buildings that requires a specific orientation to the Earth’s rotational axis. 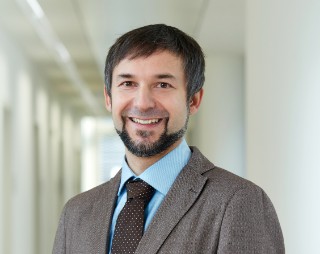