The precise localization of sensing objects inside inhomogeneous substances still remains a major issue in the industry. Varying material parameters aggravate the localization by electromagnetic waves due to their complex influence on signal power and propagation velocity in unknown material density distributions. These complex density distributions also rule out the use of ultrasonic-based localization. Furthermore, optical methods are restrained to transparent media. As part of the Sens-o-Spheres project, a novel magnetic field-based method was developed remedying these disadvantages and achieving a local resolution of about a few centimeters. The induced magnetic field generates a current inside the Sens-o-Spheres coil which, in turn, produces a counter magnetic field. This counter magnetic field is then detected and analyzed by localization-coils placed outside the medium. This method brings the advantages of being quite insensitive to medium influences by operating in the near field area and allowing a very energy efficient localization of the object.

Since the distribution of magnetic fields differs strongly from the one of electric fields and from the propagation waves, complex calculations are needed for the precise localization. For these computations, a neural network has been developed. By means of additional mathematical operations (like the Kalman-Filter), this AI-based localization procedure can be optimized to allow a correction of the measured data and even a prediction of the objects future position. 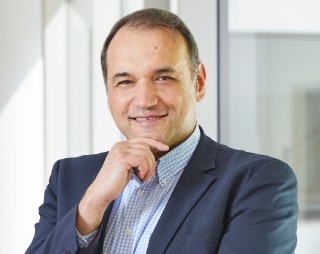